Independent, Craft, Community.
BECAUSE people in London seem to be so surprised that there’s such a big craft beer scene outside of London. Well of course there is! In all these areas there are these huge communities all involved in the beer scene and they all congregate to all these amazing pubs that I deliver to. Which is why I’ve chosen community. Because the craft beer scene is built upon community in these areas, these communities basically support these little businesses.

Where did the name come from?

My wife came up with one day, she just said it and it stuck! The logo was inspired by the film ‘Drive’ with Ryan Gosling- the 80s neon/ noir style. It was made years ago and I haven’t changed it.  I’m less of a brand than the breweries are being a distributer, but we have a bit of a message that we need to get across. Selling good quality stuff. Really representing the London scene is the main message.

So tell us what you actually do!

We take London breweries OUTSIDE of London; we cover Cambridgeshire, Norfolk, Suffolk, Essex, Kent, and East Sussex. We do weekly deliveries to that whole area.

When did it start?

Four years ago. It all started out, because my family have a pub in Cambridgeshire and I wanted to start supplying them with some cool beer. I was working for the Real Al Cider Company at the time and she was nice enough to say that I could just start delivering some beer to them. So they started buying it. I did that on the side and then more pubs in Cambridge started ordering and getting involved and then it made sense to go full time with it and get a unit and a van. We started going to Norwich and Essex and then it kind of grew and grew and became Kent and East Sussex (and now I’m kind of flat out and pulling my hair out as we’re really busy!) So that’s the whole idea of it really.

And what were you doing before?

I was with Real Al Cider Company, I was their sales and delivery guy and learnt a lot of how the wholesale industry works and then yeah I kind of did my own thing. The only thing is that you have to drive for HOURS AND HOURS. Well there’s myself and a couple of others drivers now, but you still have to drive 2/3 hours up to Norwich. Or whatever. Which is why podcasts are really useful!

OH YEAH? What podcasts are you listening to?

Erm Blind Boy. He’s this guy from Ireland who has a plastic bag on his head and he does all these funny songs. He’s huge in Ireland for these funny songs, but then he did this podcast and he’s a bit of a genius and he talks about mental health and all of this sort of stuff and its really interesting. He does these things called hot takes and theories on things. Also, the Radio 5 live podcast with Mark Kermode and Simon Mayo I listen to that every week…AND The Talking Sopranos Podcast, where they analyse episodes. I listen to loads of shit, loads of history shit, it’s a good way to pass the time! I should probably learn a language instead! 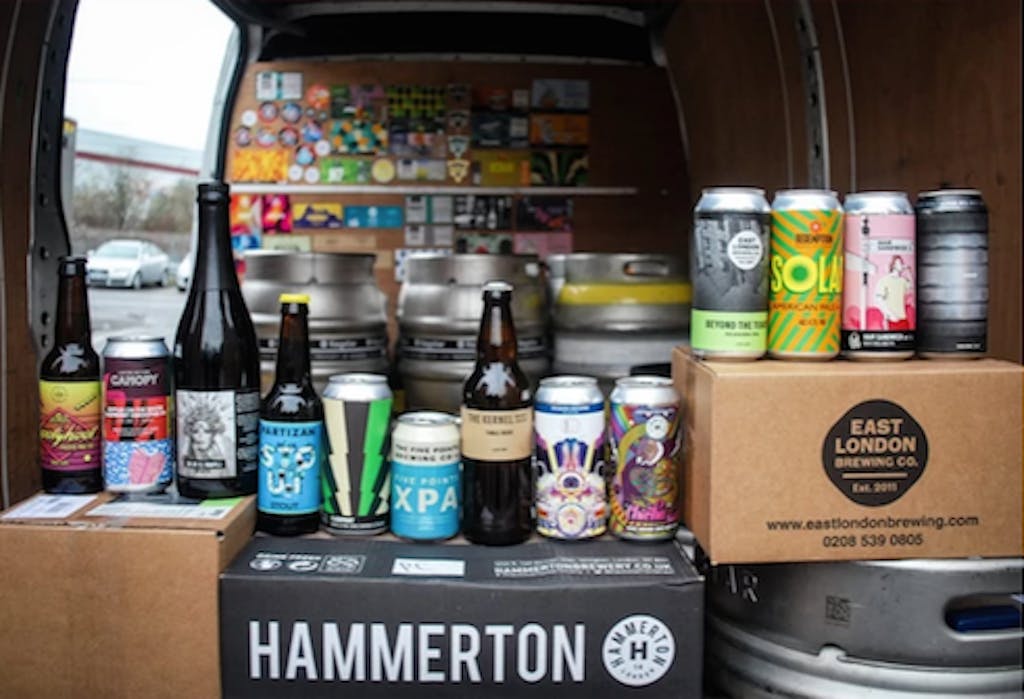 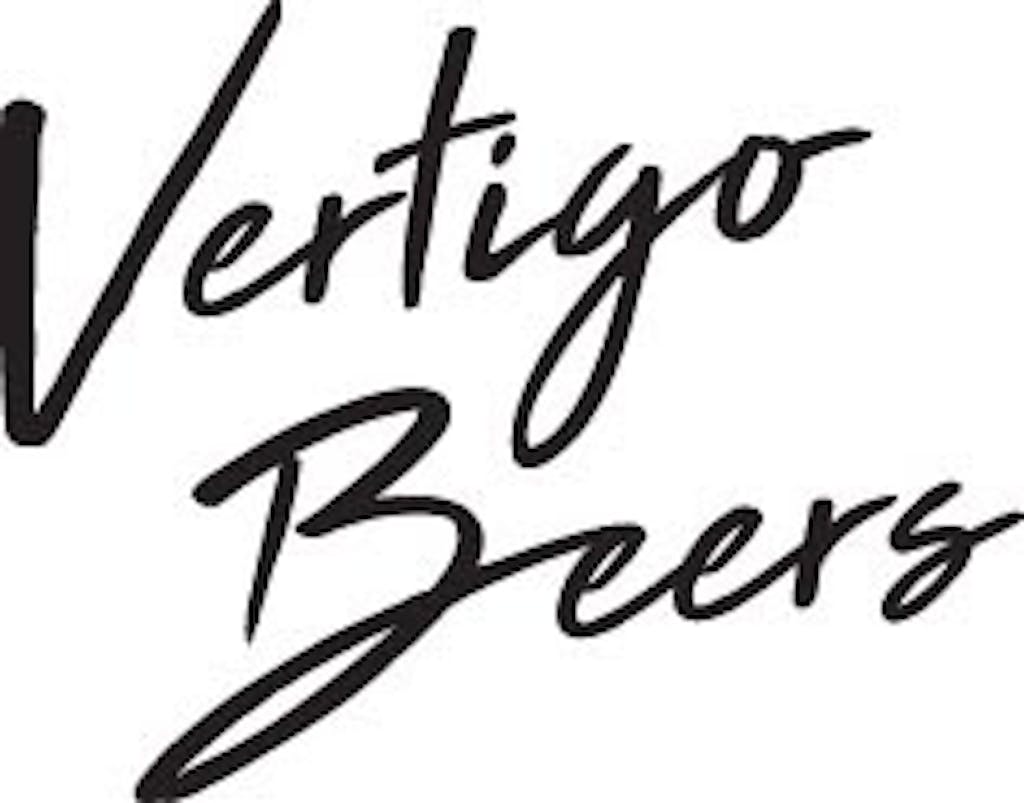 What’s the best thing about being in London?

There’s a core list of the stuff that I sell and its stuff like Bianca Road. There’s a big range of London breweries; Kernel, Howling Hops, BBN0 and Hammerton. Vertigo Beers started because I wanted to take London breweries to areas where they wouldn’t normally go- and being in London is really useful for that, its where we’re situated and where it’s all happening.
(We also get stuff from outside of London; Glasshouse from Birmingham or time and tide in Kent)

How do you think beer bonds people together?

Yeah so you know there’s the obvious thing of having a drink with a friend and sitting down over a pint. It doesn’t always have to be craft beer it could be something like a lovely pint of Guinness. It’s just that bonding, social aspect of it. The whole craft scene is about bonding over and talking about beer like “have you tried the latest batch from Bianca road? Or like the latest imperial stout from Hammerton or the new sour from The Kernel IT GETS A LITTLE BIT LIKE POKEMON FOR GROWN UPS… GOTTA CATCH EM ALL!

What is your favourite Bianca Road beer?

I like the long play IPA. It’s just a really nice beer to session at the pub, and I like their red rye too, that’s nice red beer. They are a good brewery to work with. I like the whole Bermondsey scene to be honest.

The important Question: If you were a beer what beer would you beer?

I’m really into goses and sours, but I wouldn’t say I’d be a gose or a sour, because that’s really confusing… So, fucking hell. I’d probably be an IPA. Well rounded, there’s a bit going on there and its still quite enjoyable. Not too intense, maybe a session IPA. Can have quite a lot of it, but still be surprised by it. “Hello, what kind of person are you?” “Well, I’m a session IPA”

What sours are you into at the moment?

Yeah well the whole hype at the moment is gose beers; the difference with gose beers and sours are the way they’re produced- a normal sour you can age it for like a year, but with some of the goses produced at the moment, they’re made a lot quicker and they’re really fruity and have a great sourness to them which is brilliant. I love those; some of them are really red in colour. I just tried a rhubarb one which was really nice. And then The Kernel do the ones which are barrel aged, like the sour cherry saison, with a bit more of a complex profile. But I wouldn’t describe myself as a sour as it makes me sound a bit evil…

How did you get into this?

I used to be a project manager at a design and print company but wanted to get into the craft beer scene so started doing internships and work experience at various breweries. Then Alice employed me at the Real Al and I worked for her for two years. Then I wanted to work for myself and I noticed that the London scene wasn’t getting out to these areas as much as maybe they could have done. So I just started my own business! And that was four years ago! It’s been really intense.  But really good, the way it has grown organically, through word of moth. Especially in areas like Whitstable and Chelmsford. It just builds relationships. That one of the main things about it I enjoy; the relationship building, because as it’s not as sales intense as you’d think. It just grows quite naturally, it’s nice. The only stressful thing is when you get things wrong and you give people the wrong beer and you don’t give them any badges for example. But working with so many companies and being independent you have to be a bit more DIY about these things.
I think that’s the charm of the craft beer scene- it is so DIY and that’s why I like Bianca Road so much and their ethos of being so sustainable.
I love their taproom as well, its really great spot with a great vibe.

Ideally we’d like to open a taproom over in Bristol too.

I want to keep growing Vertigo Beers and keep offering really good service, keep working with really cool exciting breweries and we’re always up for working with new ones as well.

I’ve ALSO set up a side business with my friend Dan Gilson called AVALON BEERS! (Like the Roxy Music song called Avalon) It’s a subscription box company that we started a few months ago which has been really fun! He’s just had a baby so were having a bit of time off but we’re going to cracking on with that soon. The boxes are presented really well. We’ve got this really good company called Colour Foundry who created this awesome logo. We’re working with some really cool breweries for that. There are some great subscription box companies out there, but we wanted to have a go at it ourselves. It’s obviously more expensive, but you get all the niche stuff and it’s a bit cheaper than bottle shops and it’s delivered straight to your door.